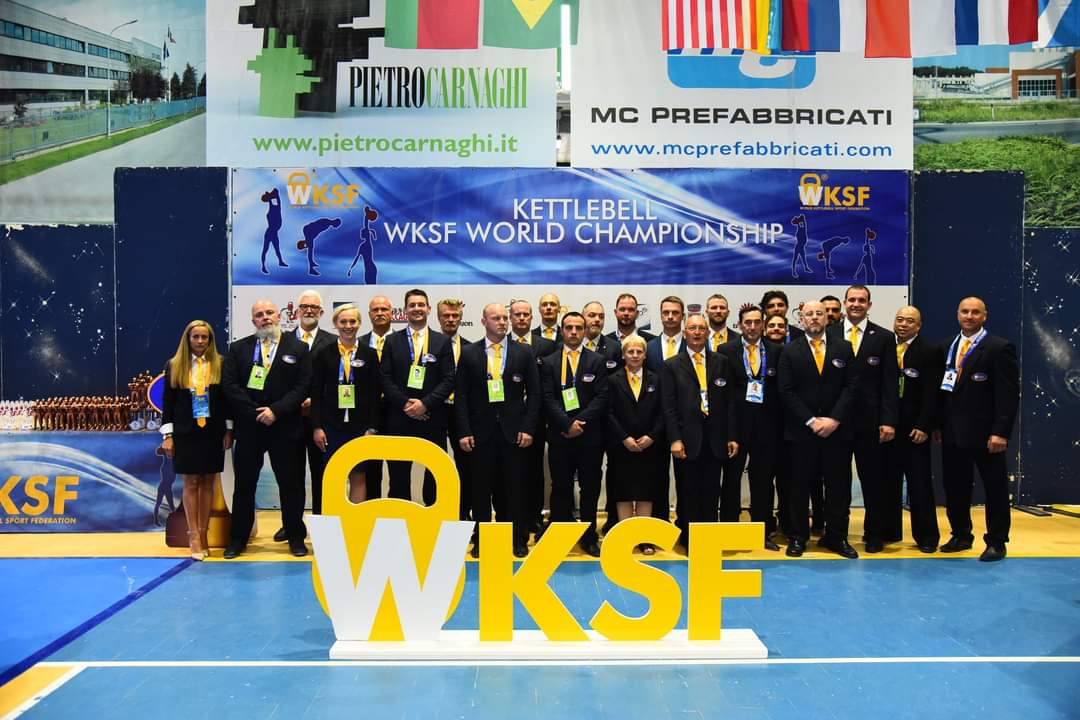 World Kettlebell Sport Federation organized the 1st World Championship in Vanzaghello (Milan, Italy)  during 21 and 25 June of 2018. The competition receive 25 countries and had almost 400 entries.

This event was declared by far and for all “the best event ever realized” and all involved were proud and a great feeling fo future is going to come. The athletes came from all over the world and the atmosphere were amazing. Also, the competition had a large number of judges and supported with micro-cameras in each desk to support the Technical & Disciplinary Commission on each flight. That way, the WKSF guaranteed the justice and fair judgement for each athlete.

On a big venue, the competition had a Background Banner with size of 25mx4m and supported by metallic structure.  On backstage were the Warm Up area and all staff are was limited with barriers, protecting the the staff, secretary and judges. On size exist a screen 3mx3m where all participants and public could watch the best moments, results and see interaction between athletes, teams and public. The podium was placed near the screen and between medals, trophies and diplomas the athletes were awarded with own national anthem.

On venue, the public and athletes could find several souvenir stores, as t-shirts and photos of competition as could find some sponsors material. Outside, existed a firefight and security insured and a restaurant to all participants get some food and drinks.